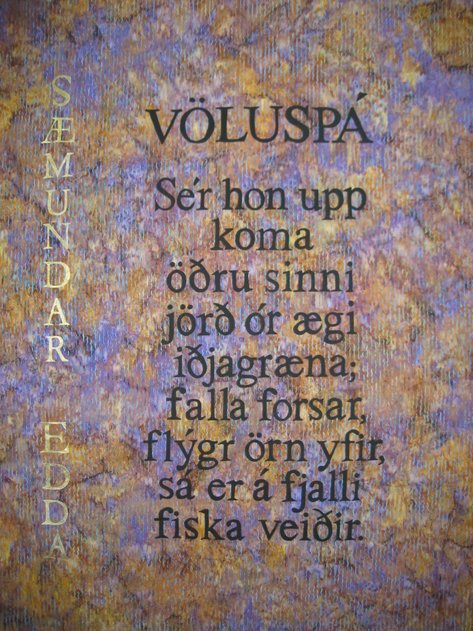 in a different mind

the earth from the sea

the eagle flies above,

and from the cliff

the fish are jumping.

This piece of fabric with its motif of earth, fire and water called to mind the old Norse myth of the “doom of the gods”, Ragnarok, and inspired me to appliqué the above stanza onto it.

The stanza is taken from the great epic poem of creation and destruction, the Völuspá, and appears toward the end of the poem. In the poem the seeress, or völva, relates to Odin the origin of all things, the creation of the world, the golden age, the collapse of morality, and prophesizes the final battles preceding the end of the world when the earth will sink into the sea. But then, the miracle! A new and better world rises from the sea and while the water pours off it, the fish jump and the eagle spots its prey.